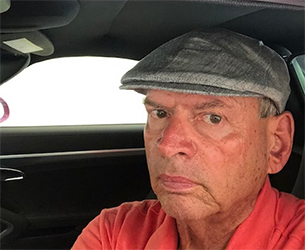 Bryan Cassiday graduated from UCLA with a BA degree in English Literature and took postgraduate film production courses at the USC School of Cinema-Television. After a series of eclectic part-time jobs that included bussing tables, couriering for movie studios, and proofreading, he worked for fifteen years at the post office. He now writes thrillers and horror fiction full-time.

Not a native Californian, he grew up in Stamford, Connecticut. He has been writing stories and novels and sending them out to publishers since the age of twenty-one. After receiving (literally) thousands of rejections from publishers and agents, he decided to forego the New York legacy publishing houses and self-publish his works.